One of the book projects I am currently working on took me back to my hometown of Skagway, Alaska. If you are not familiar with Skagway, it is a small tourist town, tucked neatly in a fjord at the far north end of Southeast Alaska’s Inside Passage. I was four years old when my family moved from Nome to Skagway in search of a better location for our gift shop, specializing in Y’upik and Inupiaq Eskimo artwork. My father, Dennis Corrington, invested his life into the history and culture of Alaska and its people. He has accomplished a great deal in his four decades of stewardship, and now is putting his life’s work into a book.

Throughout the 1980’s, my father commissioned a select handful artists to scrimshaw the history of Alaska on 32 full-length legal walrus ivory tusks. (don’t worry, no walruses were harmed in the making of this project). In the mid 90’s, my father opened the doors to the Corrington Museum of Alaskan History, developed to display and centered on the commissioned tusks.

I was very excited to learn about the book project featuring the museum, and was hired to fly to Skagway to shoot the tusks as well as a full spread of the museum and its exhibits. I packed all of my gear and headed north to begin shooting the day after the cruise ships pulled their anchors for the season. The first few days were spent shooting the museum as an architectural spread, making sure to get the full scope of the layout and exhibitions. The last few days of the shoot were dedicated to the tusks. Of course, this was smack dab in the middle of my domain: photographing beautiful works of art.

I was able to photograph all the tusks but one. A few years ago, one of the 32 tusks was stolen from the museum, and the book would not be complete without it. So with that, one of my challenges was to restore the missing tusk from a grainy, out if focus, partial photograph which cut off both ends of the tusk. Without going into a lengthy tutorial on the finer points of Photoshop, I will just say that I brought the tusk back to life in a way that would make Dr. Frankenstein proud. Aside from a dozen various sharpening and editing treatments, the missing pieces of the tusk were created from tusks I had photographed. 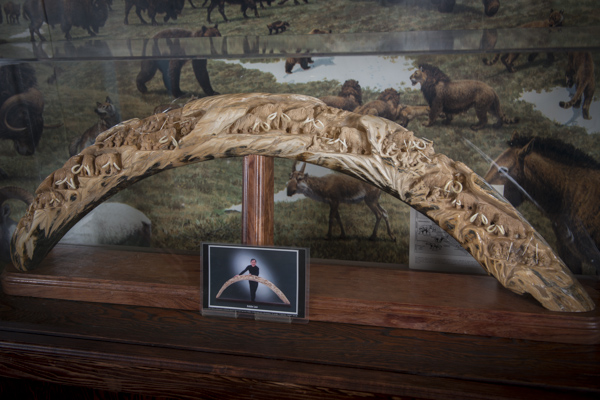 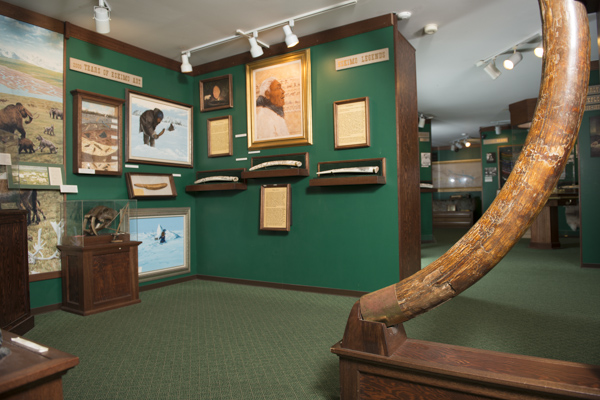 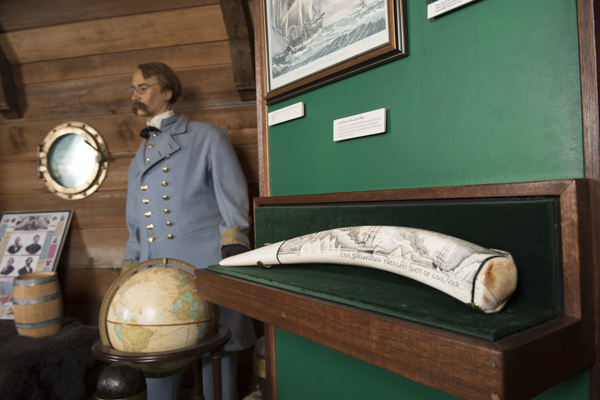 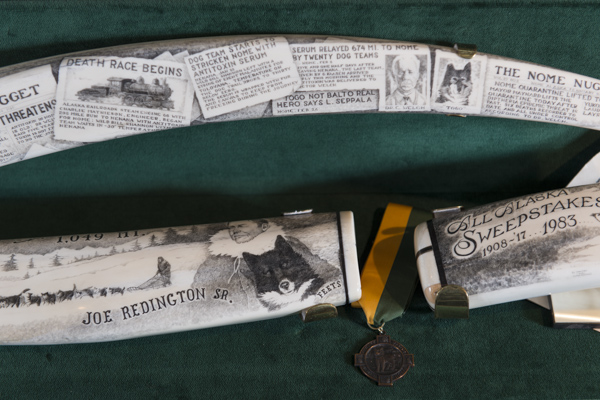 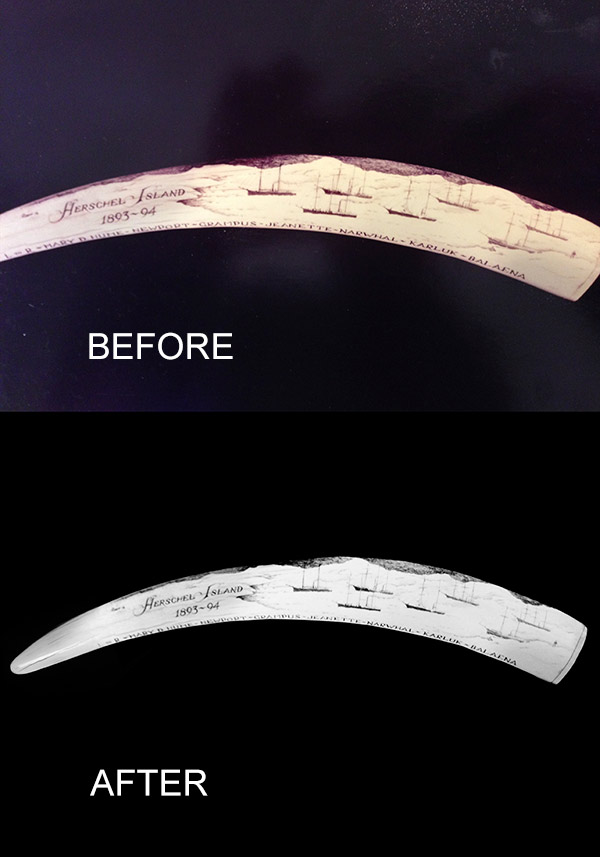 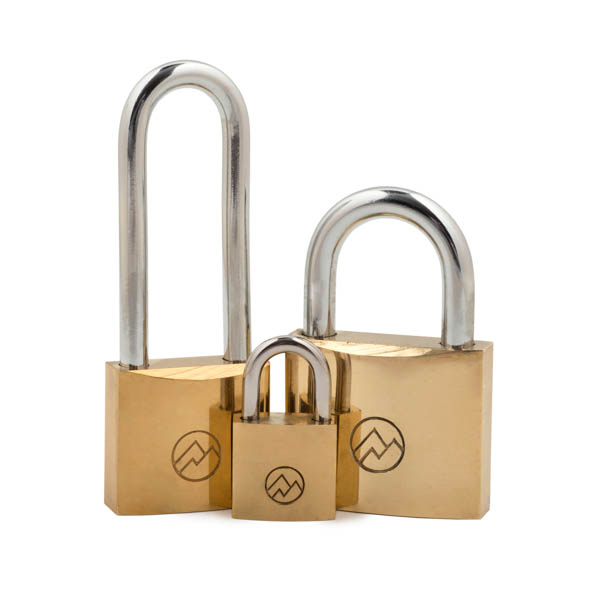 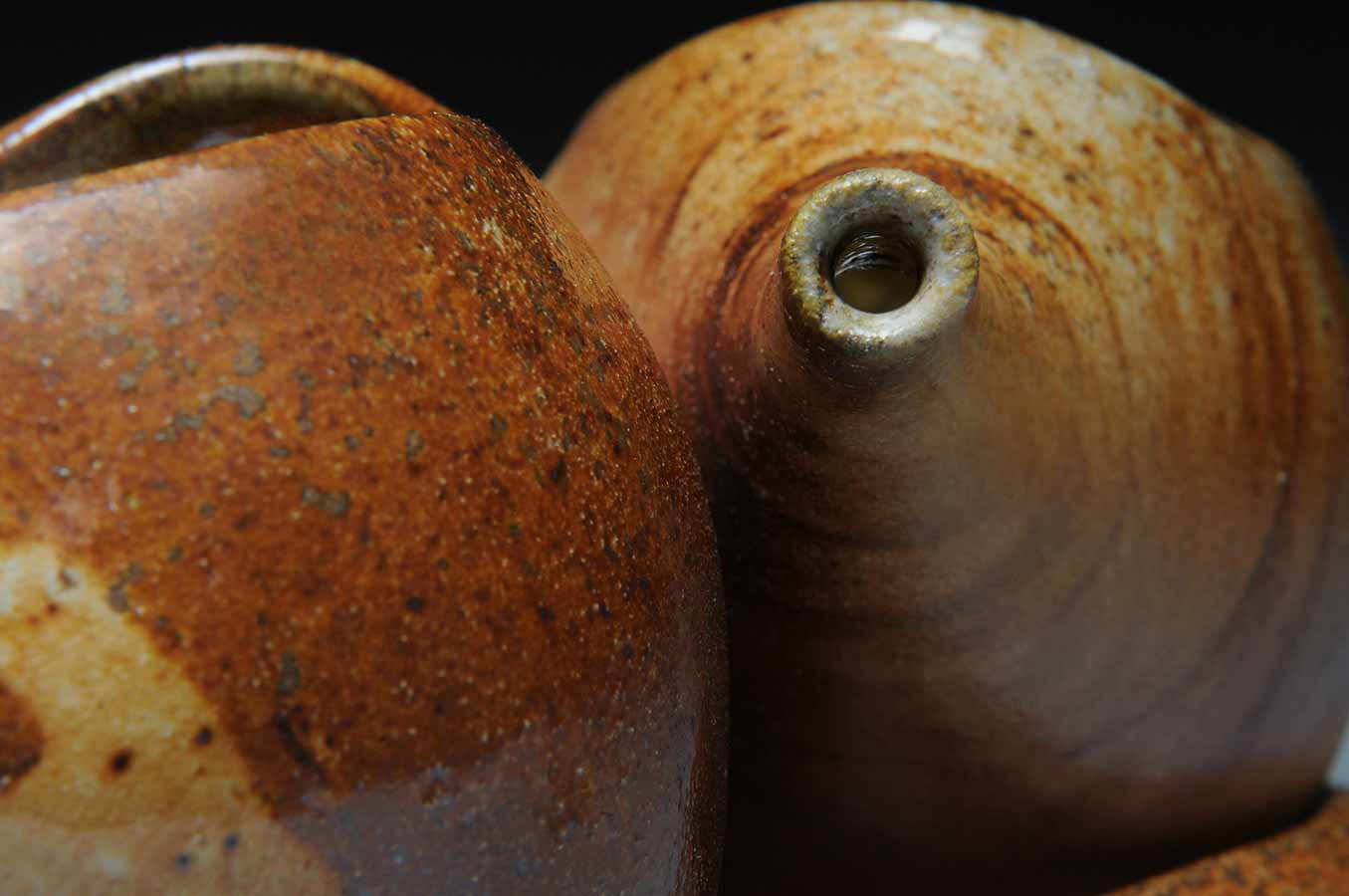 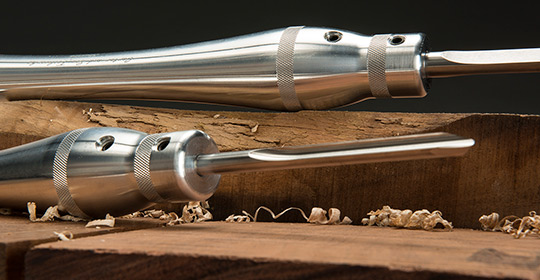